How Not to Have a Conversation about Racism 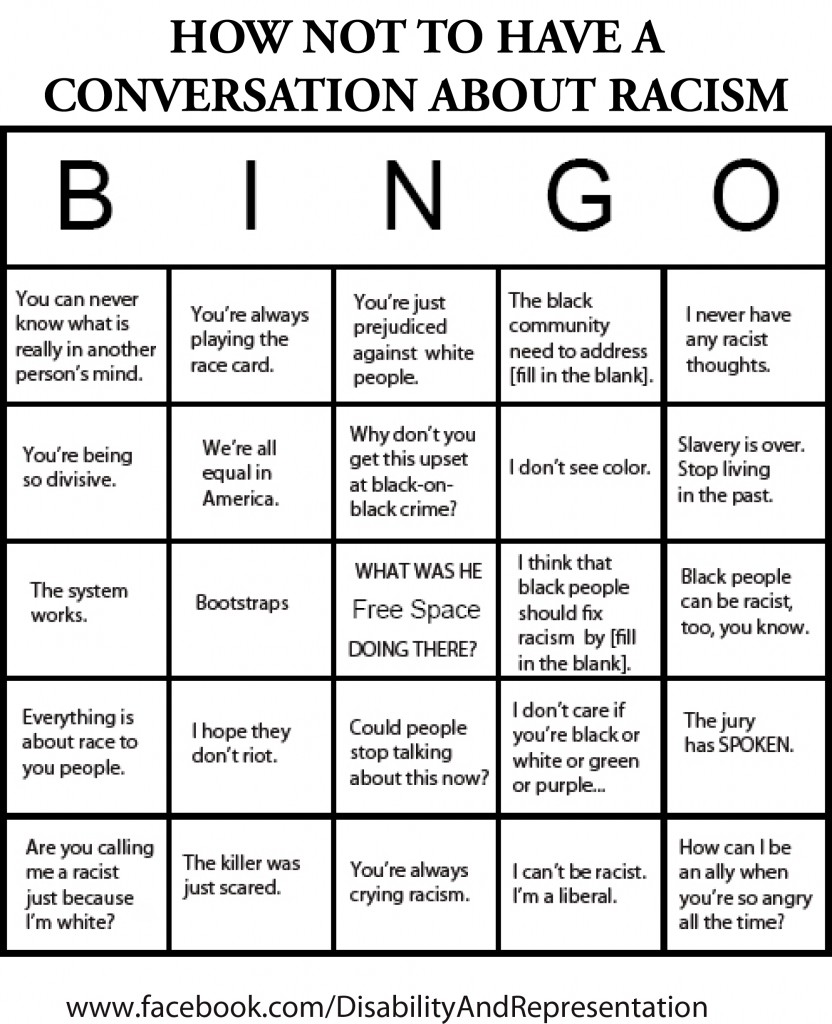 [The graphic is a Bingo card with 25 squares.

Title: How Not to Have a Conversation about Racism

Top row: You can never know what is really in another person's mind.
You're always playing the race card.
You're just prejudiced against white people.
The black community needs to address [fill in the blank].
I never have any racist thoughts.

Second row: You’re being so divisive.
We’re all equal in America.
Why don’t you get this upset at black-on-black crime?
I don’t see color.
Slavery is over. Stop living in the past.

Third row: The system works.
Bootstraps.
Free space: What was he doing there?
I think that black people should fix racism by [fill in the blank].
Black people can be racist too, you know.

Fourth row: Everything is about race to you people.
I hope they don’t riot.
Could people stop talking about this now?
I don’t care if you’re black or white or green or purple…
The jury has SPOKEN.

Last row: Are you calling me a racist just because I’m white?
The killer was just scared.
You’re always crying racism.
I can’t be racist. I’m a liberal.
How can I be an ally when you’re so angry all the time?

The text below the graphic reads www.facebook.com/DisabilityAndRepresentation.]

« To My White Brothers and Sisters: Fess Up. You Know What Zimmerman Was Thinking. Of Course You Do.
How Not to Have a Conversation about Disability »