I Am Now Officially a Bitter Crip!

And yet, until yesterday, I’d never been called a bitter crip. Not once. Not ever. After working so hard at it for so long, I’d just never received the recognition I craved. It was all a trial and a tribulation. 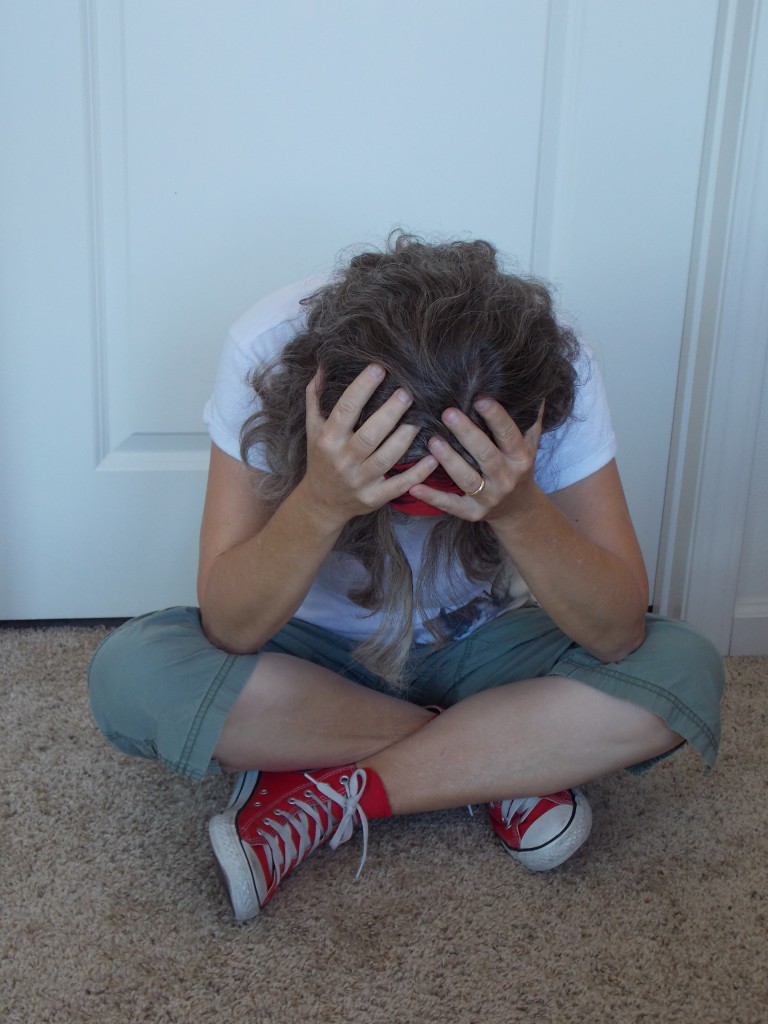 I was beginning to lose hope. After all, I’m 55 years old and I’ve been in a state of deep and abiding bitterness for a long time. I thought, holy crap, if I haven’t made it to bitter crip status at this point, maybe I should just give it up and post cat videos.

But then I wrote a piece about a beer commercial and… Wow! You should see the comments I got! Some of them actually made it out of moderation and onto my blog. Others were in such thorough violation of my simple and intuitive “Don’t be nasty to the blogger” policy that I didn’t let them through. But still! I thought I’d reached the golden pinnacle of bitter cripdom when I received the following comment on Thursday:

“Jesus, you are a fucking miserable person. That was a nice ad with a nice message. I think you’ve expressed your own insecurities far more than you’ve expressed any flaws in the advertisement.”

Being called a “fucking miserable person” is pretty close to being called a bitter crip, but it’s not quite the same. In my desperation, I kept trying to make it the same, but who was I fooling? I felt like such a wannabe.

But then on Friday, I finally made it. I was so excited! Here is the comment that put me over the top:

“OMG!! Are you for real??? Bitter, at all??? This was an incredible commercial. No, ‘regular guys’ wouldn’t be so agile in using wheelchairs to play basketball, but the thought that they might attempt it so that their friend, who depends on a wheelchair can play a legitimate game of basketball with them is the message!!!!!!! You don’t get that???

You must live a very sad, sorry, pitiful life… wheelchair or no wheelchair…”

Gosh! It’s such a moment! And so unexpected! I hardly know what to say. I could never have gotten here on my own, that’s for sure. It takes a village to raise a bitter crip, and thanks are due all around.

Thank you to all of my fellow bitter crips for being such INSPIRING role models. OMG! There are too many of you to list here, but you know who you are!

Thank you to all of the people who have left nasty comments on my blogs over the years. You have kept hope alive that, one day, I might enter the ranks of bitter cripdom!

Thank you to all of the people who have told me, throughout the course of my life, that I should just be grateful and shut the fuck up and stop thinking about things so much. Without you, I’d never have dreamed this big!

And finally, to the lovely lady who called me a bitter crip: Thank you! This is a moment that I will cherish forever.

(You can find the lyrics here.)

Smoochie Paraplegic Cat: When Disability Tropes Take on a Life of Their Own

On Love Meow: A Blog for Ultimate Cat Lovers, there is an article with the following title:

I kid you not. That’s a real headline. And it’s not on a parody site. (I checked.) Love Meow is just a site with lots of cute pictures and videos of cats.

I love cats. I love pictures and videos of cats. I have even been known to share them on Facebook with appropriate expressions of squeeee! and OMG THIS IS SO CUTE. And Smoochie is freakin’ adorable. Oh dear God. That face! I love her wheels. I love that her owners cared enough to get her some wheels. And I love that she has a happy life.

Now that we’ve established that I’m not some cat-hating curmudgeon bent on ruining everyone’s fun little cat-fest, let’s get to the disability rhetoric, because it’s just out of control. Along with the title, the first paragraph is almost enough for a bingo card:

Smoochie the cat doesn’t let her disability stop her. Being paraplegic, she doesn’t want anyone to pity her. With love and a pair of wheels, Smoochie now lives a happy life that inspires many.

Yes, yes, I know that people project things onto animals all the time. But this is really over the top. It’s like someone took all the disability tropes in the world and plastered them on cute little Smoochie. These tropes are repeated throughout the article:

Cats with disabilities are no different from cats without disabilities: “The pure joy she shows when they put her in the wheelchair is as if she never had the disability. She runs around and plays just like any other kitties.”

See the cat, not the disability: “Smoochie never lets her disability define her.”

Cats with disabilities, and their heroic rescuers, should have their own Inspiring After-School Special: “Her humans believed in her and gave her a second chance at life, and now she’s happy and healthy as the mascot at West Side Cats, inspiring many with her story.”

Supercrip cats know how to get it done: “Smoochie is paraplegic but she doesn’t let it stop her.”

Disabled cats are inspirational: “Smoochie is now the mascot at West Side Cats, inspiring many with her story.”

It’s fascinating the ways in which these tropes amble around the culture, attaching themselves to any creature that is disabled. If anyone doubts that disability is a social construct, I give you Exhibit A: The Case of Smoochie the Cat.

Read it and weep.

Disabled People As A Test of Character: The Guinness Commercial

Okay, so. Guinness has a rather, shall we say, problematic new ad that features a bunch of guys in wheelchairs playing basketball. And when I say problematic, I mean that it makes me want to mutter expletives under my breath. Watch, listen, and be appalled:

The ad begins with a basketball flying in slow motion above a basket. Repetitive piano music plays – the kind that creates the score for “inspirational” stories of all kinds. The next several seconds of the video show six guys in wheelchairs playing basketball. You see them rolling down the court. Some of them crash into each other, fall over, and get back up. One guy scores a basket and high-fives another guy. Another guy scores a basket. Then, one of the players stands up and say, “You guys are getting better at this! Yeah! Next week, buddy!” Then, all but one of them stand up out of their wheelchairs and head for the exit, with the person in a wheelchair going with them.

The voiceover says, “Dedication. Loyalty. Friendship. The choices we make reveal the true nature of our character.”

The ad ends with all of the guys having a Guinness in a bar. The Guiness ad reads “Guinness. Made of More.”

When I first saw this ad, I thought it was just going to be an inspiration-porn kind of thing, with a good serving of “Look at what tough men they are! And they love Guinness! Tough men love Guinness! Even if they’re in wheelchairs! Roar!” Bad enough, but not surprising.

But then one of the guys gets up out of his wheelchair. And I’m all WTF?

And then four more guys get up out of their wheelchairs. And I’m even more all WTF?

So let’s see what we’re supposed to make of this video:

1) Real friends buy expensive lightweight wheelchairs so that they can play basketball with their disabled friends. Is this even a possibility for most people? No. No, it’s not.

2) Real friends (or is it just real men?) can somehow learn how to use a manual wheelchair well enough to play basketball in it. Is this even a possibility for most people? No. No, it’s not.

3) The one disabled person must be called out as an object of charity with “Next week, buddy!” Under no circumstances is anyone to say, “Next week, everyone!” Because, apparently, the other five guys just showed up for the disabled guy’s sake, not because they all wanted to play basketball together. Awesome.

4) Disabled people must be called “buddy.” Apparently, this is affectionate. If you’re five.

5) Including a disabled person become an opportunity to show what fine, noble, humanitarian people we are.

What can I say? If “the choices we make reveal the true nature of our character,” and we choose to make a disabled person the occasion for humanitarian sentiments by calling him out as an object of charity with a diminutive generally reserved for children — well, that makes our choices very suspect indeed, doesn’t it?

Look. The strange and surreal nature of the whole commercial aside, its message is about inclusion, and that would be great, except that the message is being handled in all of the wrong ways. Not only is the charity model so very, very outdated, but the whole idea of putting people on a pedestal for being inclusive is tiresome.

Including people is the right thing to do. Period. It’s not a test of character. It’s not an opportunity for humanity and heroism. It’s just basic ethics. Very basic. Very ordinary. Very pedestrian. No big deal. No need to put it on a billboard. No need to construct a commercial around it.

Inclusion is just another word for basic human rights.

Violating basic human rights? That shows something about your character. 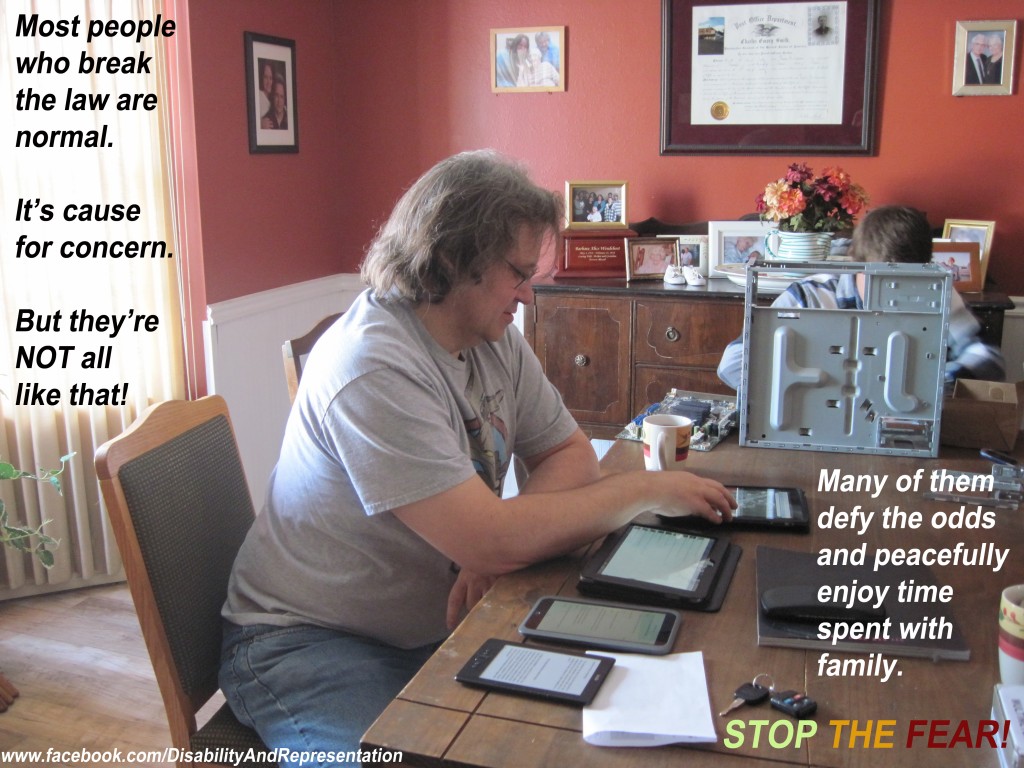 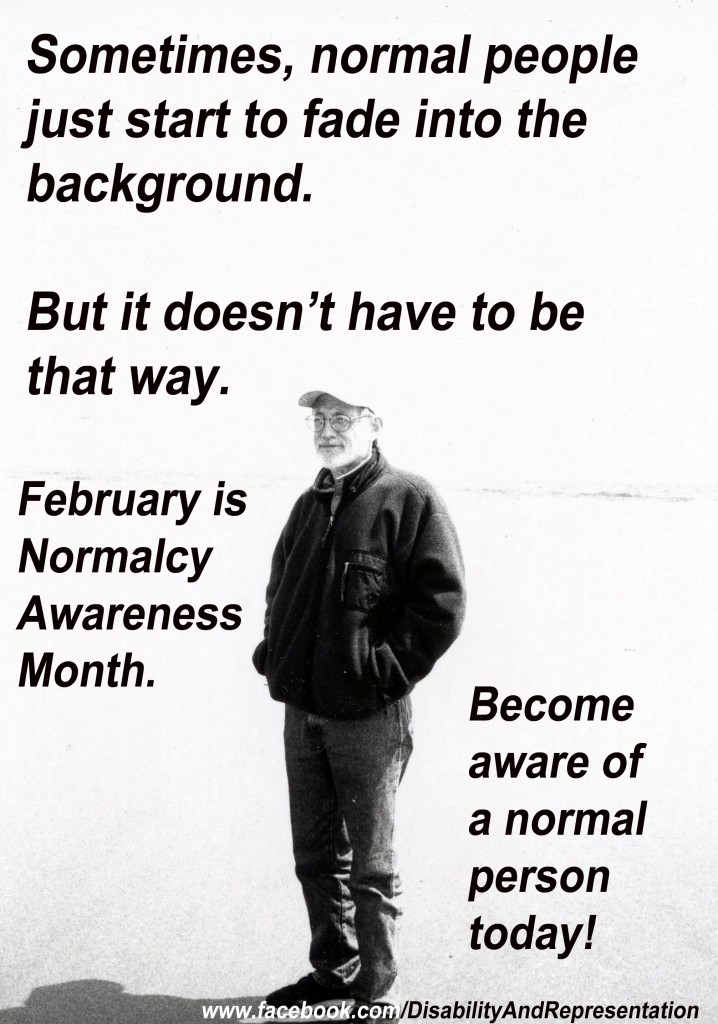 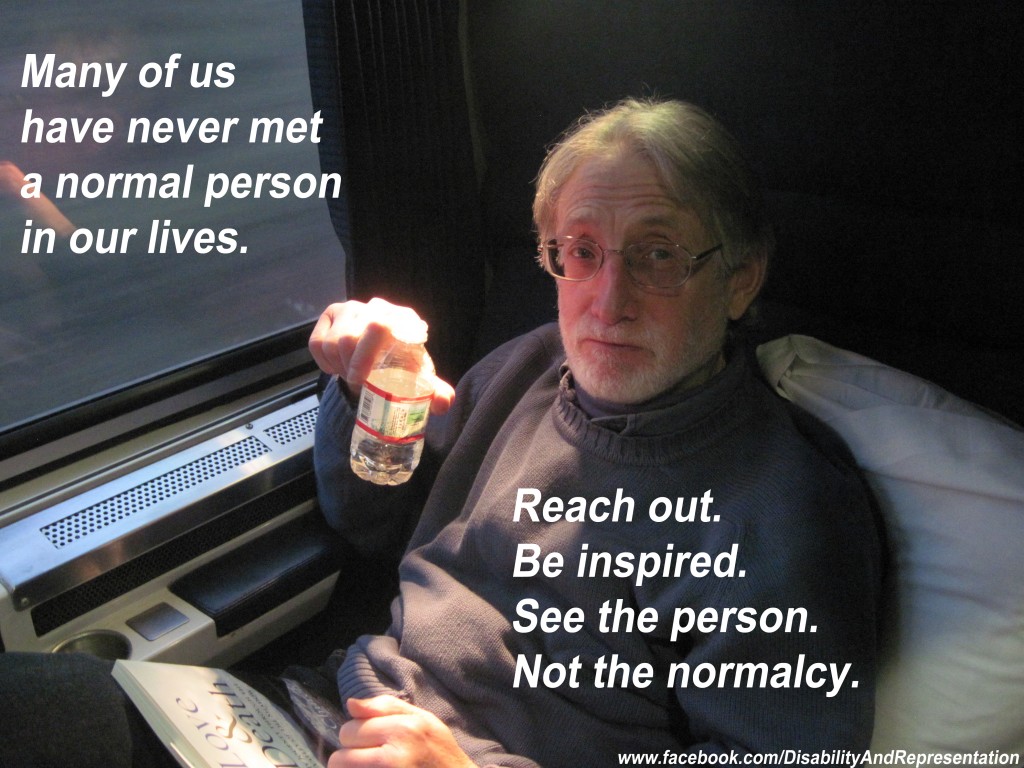 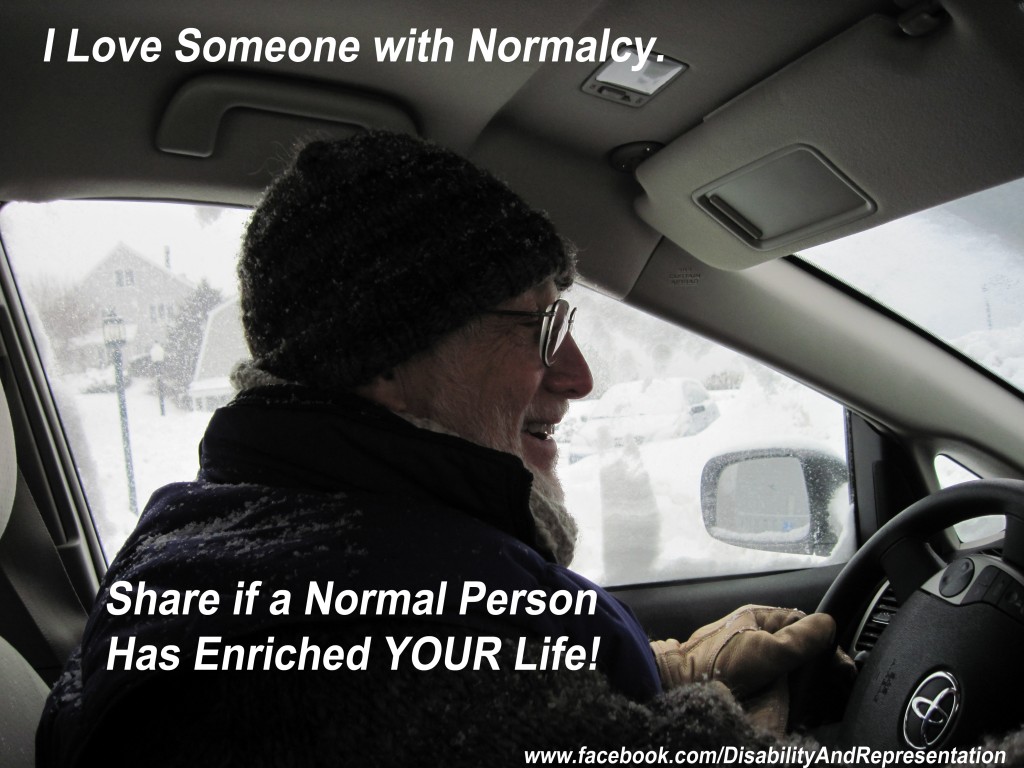 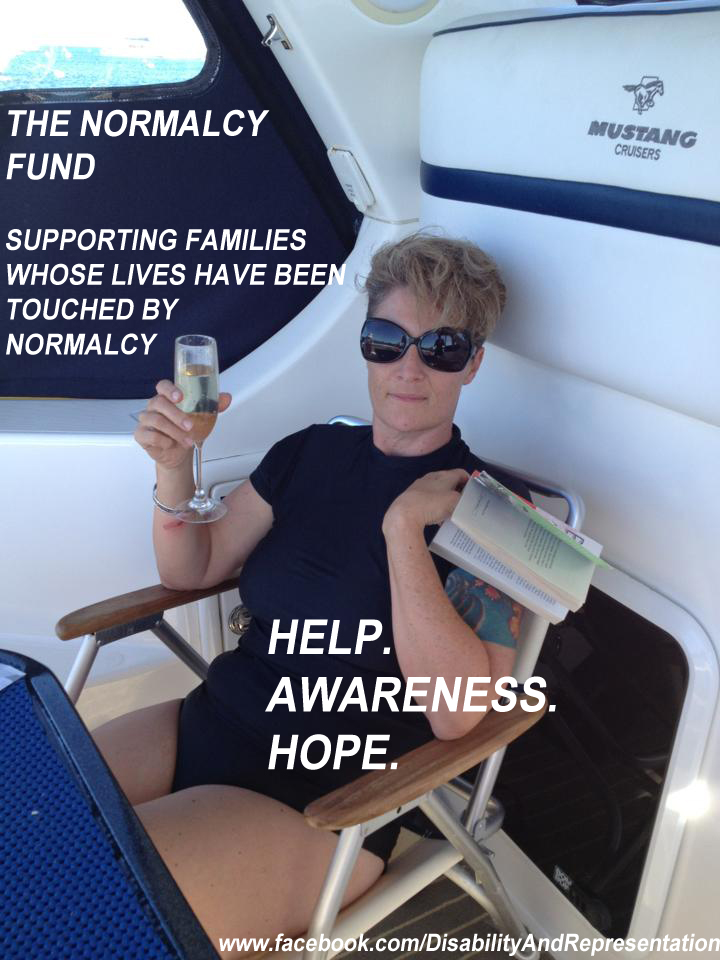 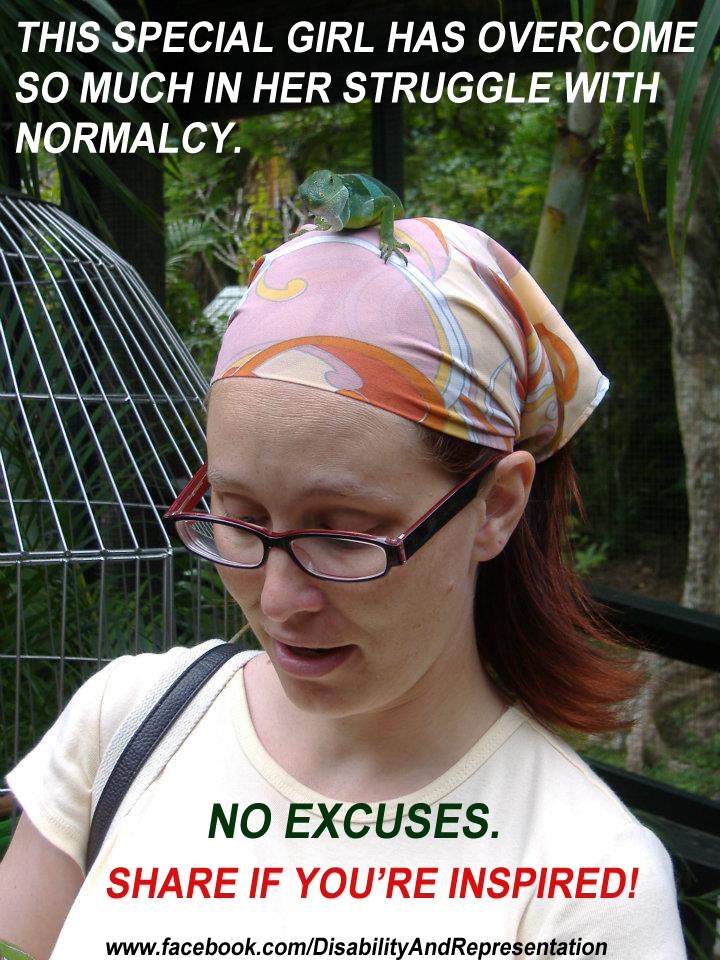 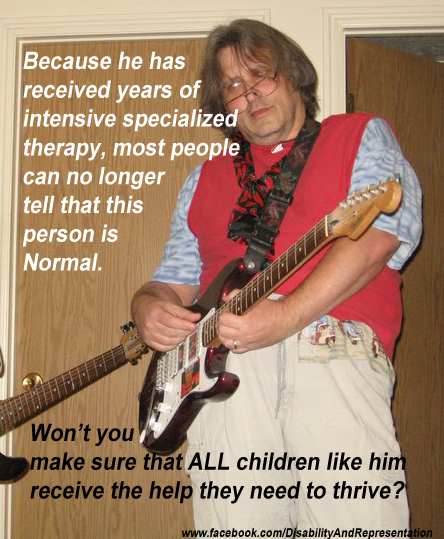